Fiddling around with Missing In Action

I decided to post this as its own thread since there’s any number of different Opposing Force remakes floating around to which it could be relevant. It just sort of grew organically out of a few Steam conversations between myself, MisterDigitalGuy, and Rabinovitch, and while I don’t really have any long-term plans for its development I figured it was worth sharing with the community on general grounds.

I’m mostly concerned about the latter sections of the Opposing Force chapter Missing in Action (~20:30 to 28:00 in the above video), which consists of a number of isolated areas that have very little aesthetic or logical continuity with each other and additionally include some odd skylight placement suggesting that areas open to the sky are below those that show caves. Looking at the mix of offices, storage, and the garage down below I am thinking it would be better suited to reinterpretation as a mixed-use topside complex like the ones explored in Surface Tension. Thinking about it in more depth…

The vehicle garage at 20:50 and the surrounding areas I think would convert very well into the sort of subterrenean tunnels and garages seen throughout Surface Tension… 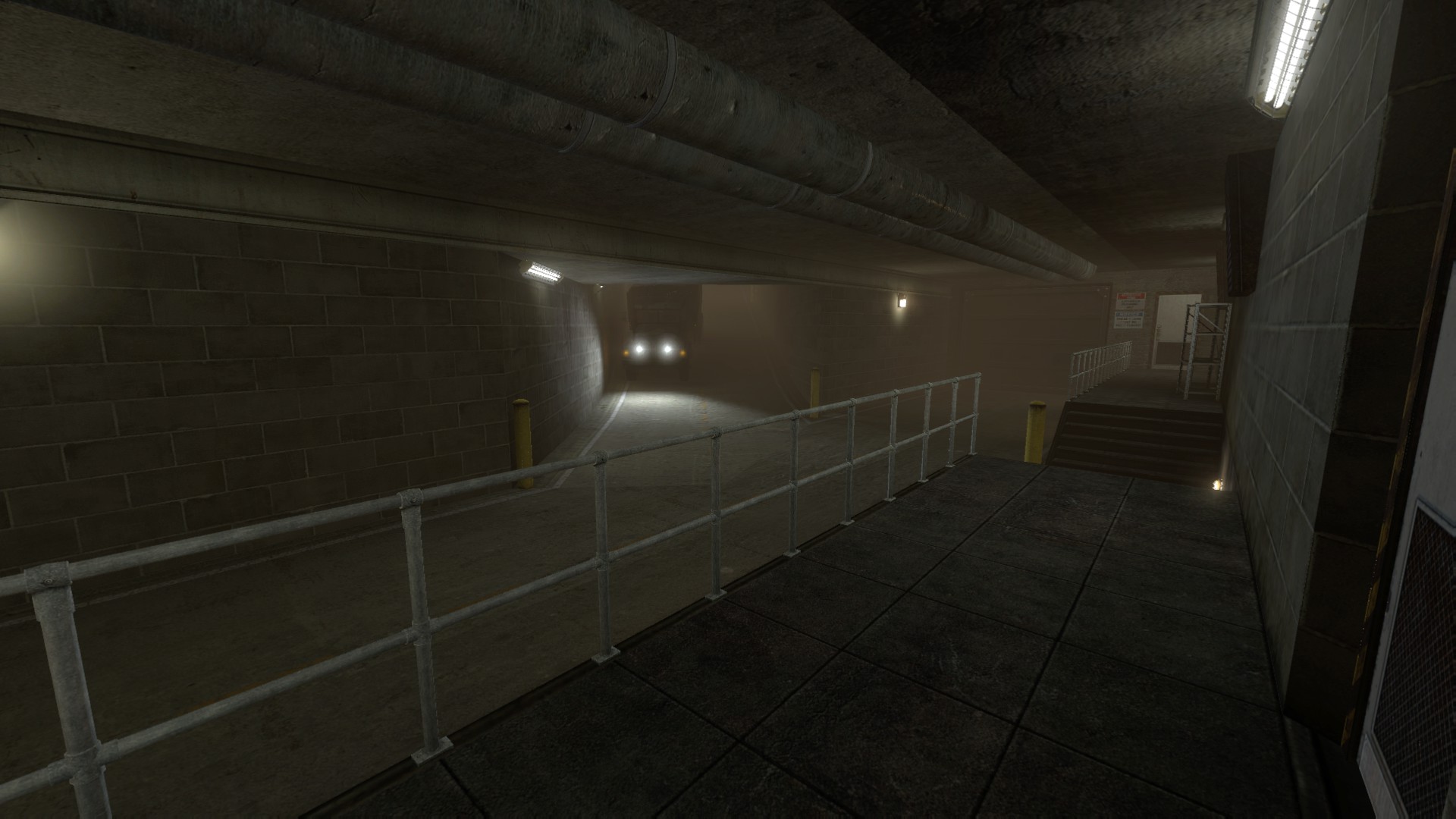 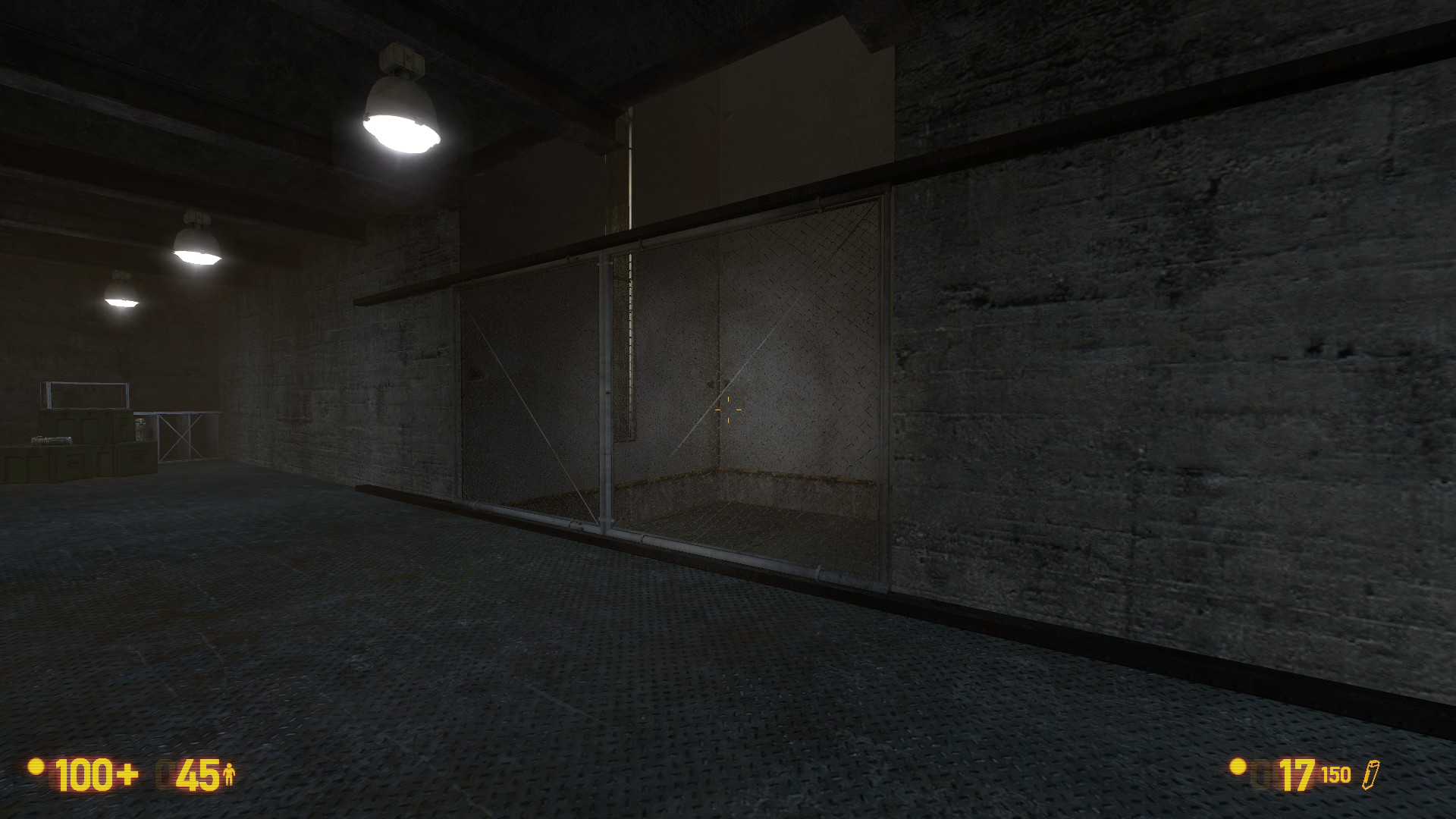 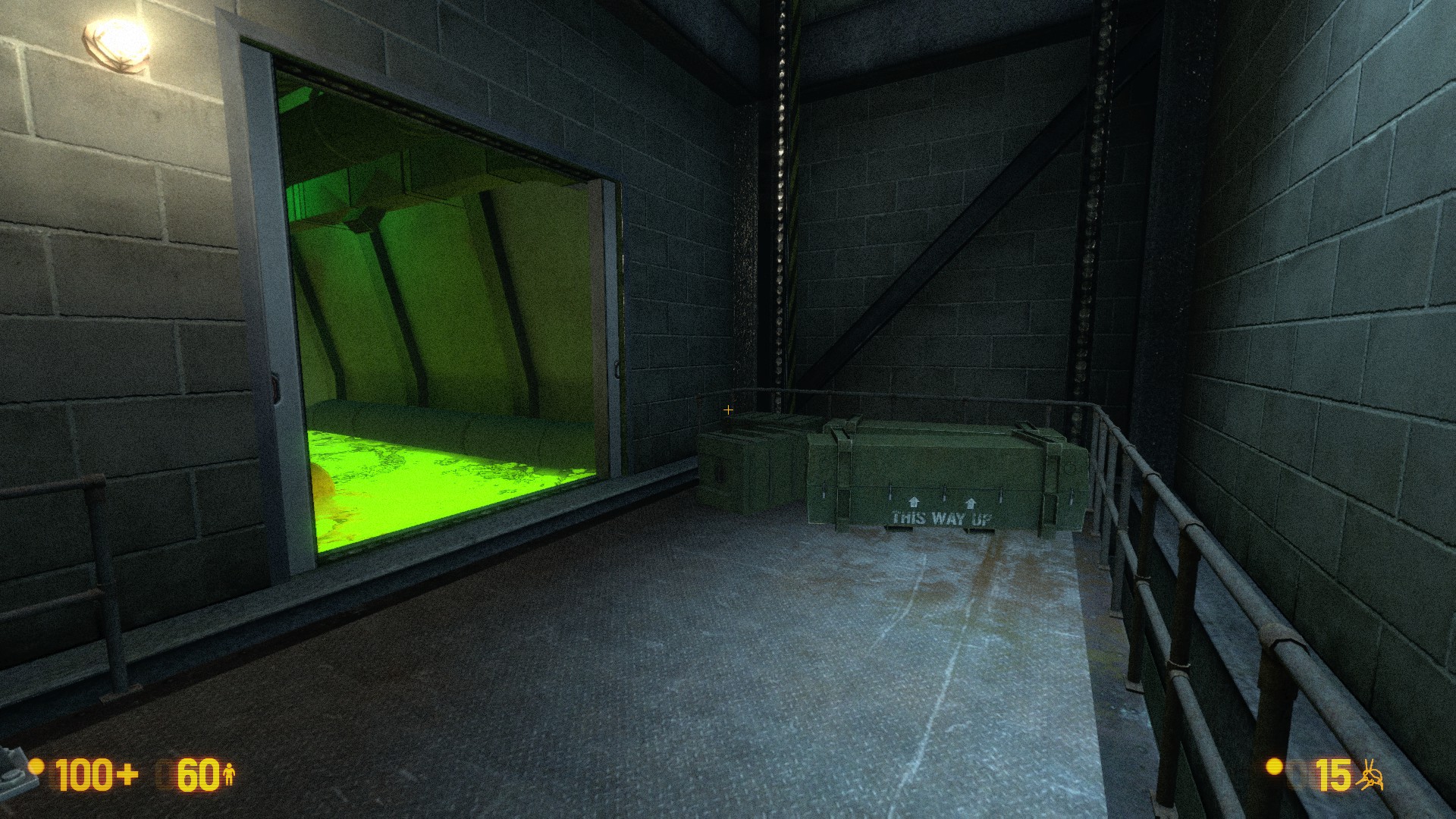 My original plan was for this elevator to go up multiple floors like in the original, losing power halfway up and having to be fixed, but now I’m thinking it just goes up one level. Either way, it opens into a ground-level (first floor, topside) storage facility that replaces the area from ~21:20 to 21:40- the same piles of crates, etc., but set up more like the warehouse areas on the first floors of the canonical ST buildings. 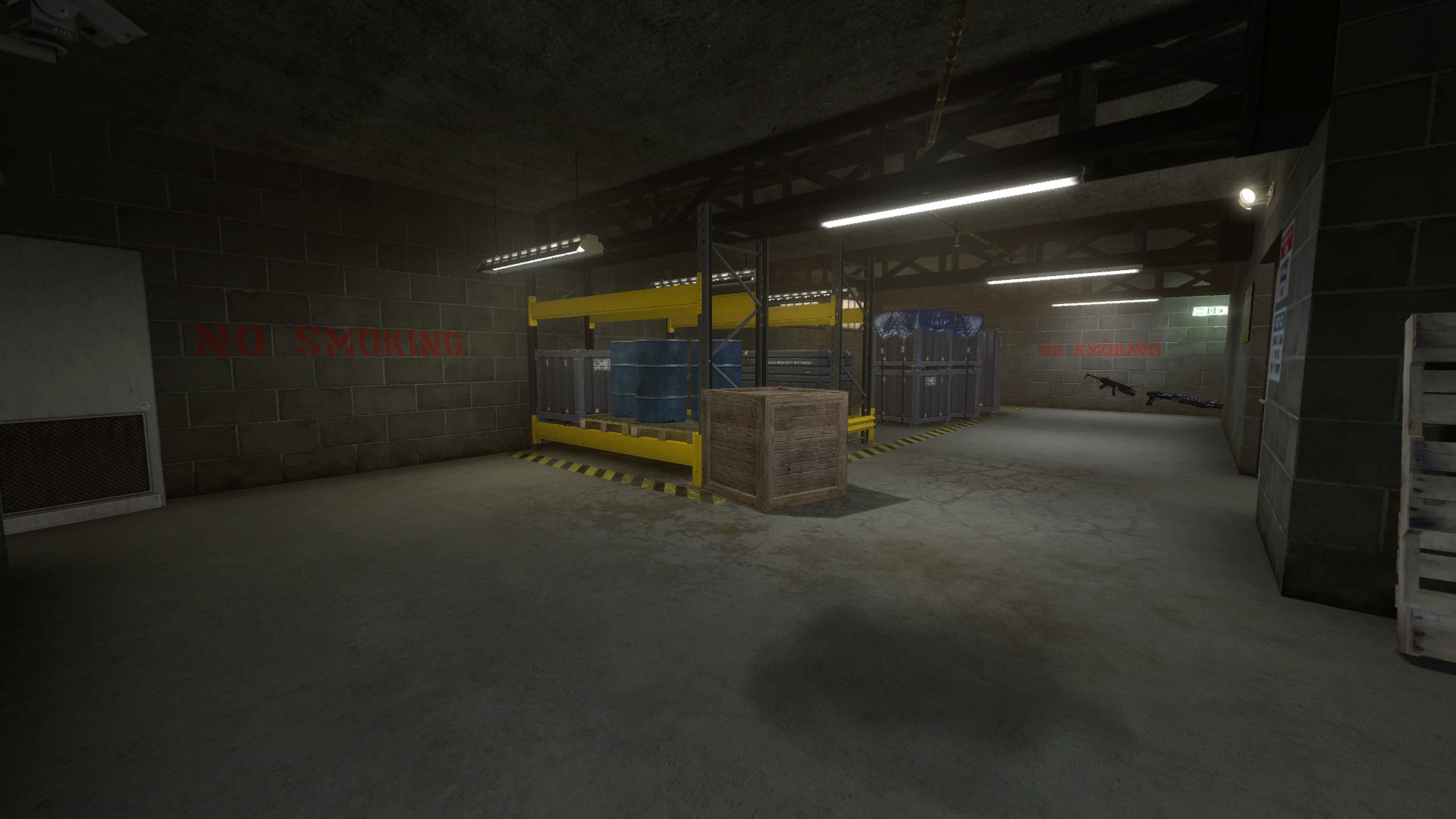 F28EA924F7D80C304D5BC31867CE38B8563E41231920×1080
The important thing is that there’s actually exits to the ground on this level, but they’re blocked off from the outside by some kind of rubble. There’s also a stairwell leading to the upper two floors of the building, which is what is blocked off on one level by live electrical wires and on the next by a locked door. The second floor is the lower-level office area shown from 22:20 to 25:00, redesigned more similarly to the topside offices seen throughout Surface Tension as opposed to the Office-Complex-like design seen in canon: 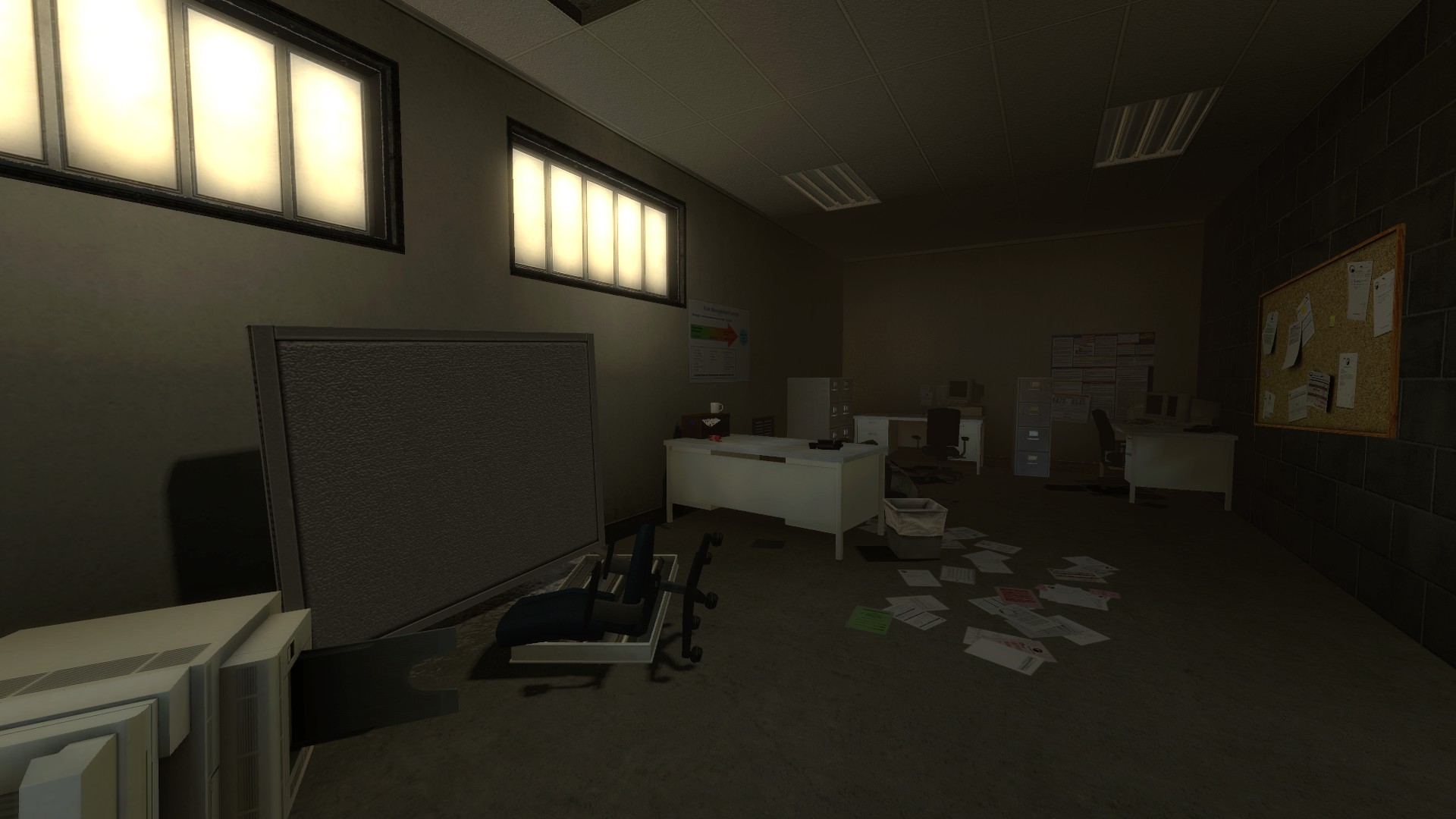 3CCEE935782F706841B965519EED30AFECB111041920×1080
The player meets up with the soldiers as usual, but the engineer unlocks the door to the third floor of the stairwell instead of a random second elevator. There’s more offices up there corresponding to the ones from 25:40 to 26:50, but instead of the generator room the hole in the office leads directly to the roof, and from that roof Shepard can climb the rubble or a fire escape back down to the exterior of the building and the ground level. He clears the rubble away from the ground-level exit (wondering about how it could be moved- I’m thinking either a physics object like a pole wedged lengthwise across the alley against the door, a tank of water with a vale that can be drained to make it lighter, or something explosive to be used to blow a hole in the wall).

Either way, the soldiers Shepard met on Level Two, along with the scientist in the maintenance area at 23:40 (and possibly the one who was behind the barricades at 21:00, provided the player took him up the freight elevator) leave via the un-blocked door and proceed to cut down the door to the nuke warehouse to continue with “Friendly Fire”.

Overall, the trajectory of the level would look something like this: 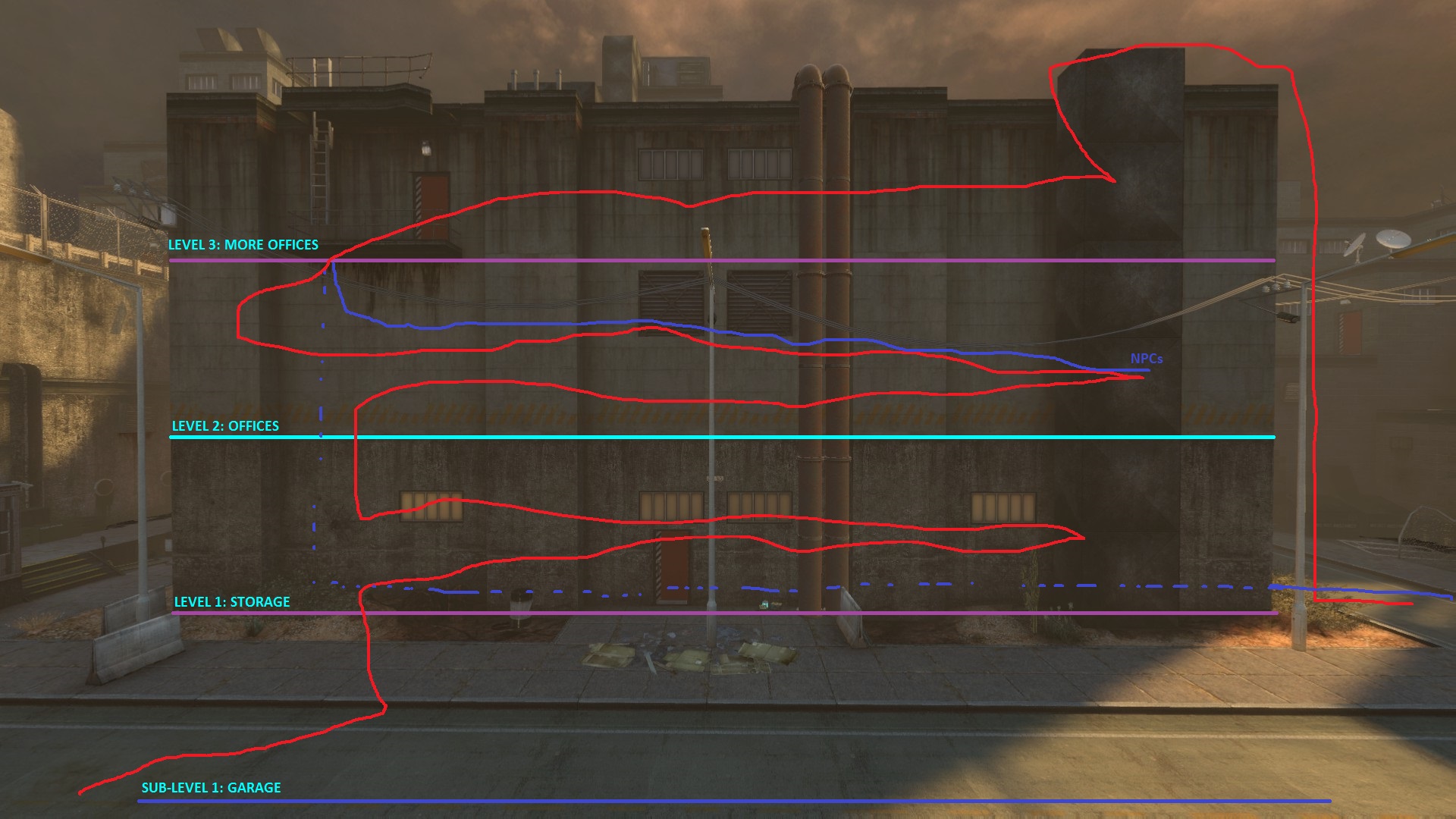 EDIT: One other small, unrelated thing that I think is worth mentioning w.r.t. Opposing Force is the hospital area at the very beginning- a lot of remakes seem to use the Lambda green metal wall texture in a direct copy from the original game, but really for a medical office applying that green-and-white coloration to a plaster and/or cinderblock texture would I think be much more appropriate. Like {I-M}Taz did with Office Complex, only whiter and more sterile (something the lighting would help with a great deal as well): 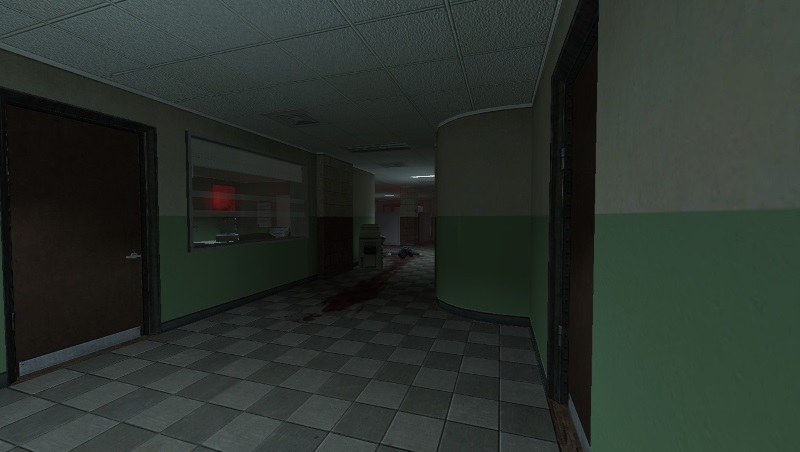 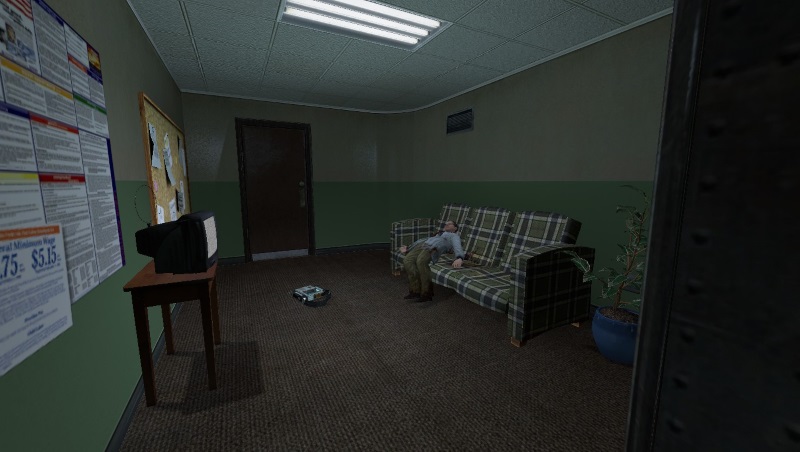