A few years ago, I put together an overhead map of the mod version of Black Mesa. Said map can be found in this thread: https://forums.blackmesasource.com/index.php/Thread/16538-A-map-of-BM-s-Black-Mesa-Research-Facility/. Since the steam version has come out, I took some time to make a new version of the maps (especially now that Surface Tension has been uncut). In particular, I wanted to be a lot more thorough this time around. This more or less amounted to my viewing the maps at a much closer-up scale of 4 (the originals were done at a scale of 10, for comparison), and also making sure that each map was clean of light pollution. What exactly do I mean by that? When compiling these maps, I use the cl_leveloverview command and take screenshots of the resulting top-down views. I stitch these together in paint and then there they are. But because of how lights work, it can seem like there is stuff that isn’t really there; i.e. there is material that is outside the map. If unchecked, this can block maps placed underneath it. If you look at the mod version of the maps that I made, this was actually quite prevalent.

The result is that the map is in HD! Or, at least, all of the individual maps are. Like last time, I broke it down map by map and chapter by chapter. Also, I’ve gone to the liberty of also including all of the deathmatch maps as well; you’ll find them all huddled in the lower left corner of each picture.

I also have stock versions of these overhead maps. I have differentiated between versions via s for stock and u for uncut.

I do want to point out that some of the picture files ended up being quite large (in particular, I speak of both full overhead views plus the overhead for Surface Tension). In order to get imgur to accept these files, I used jpg format instead of png format. This has possibly resulted in a loss of quality for the latter and definitely has resulted in quality loss for the former. If enough people want it, I can put up dropbox links to the original HD png files that I worked with.

I now present the map. This version features mods which uncut Black Mesa, comprising of the following:

On a Rail Uncut by TextFAMGUY1 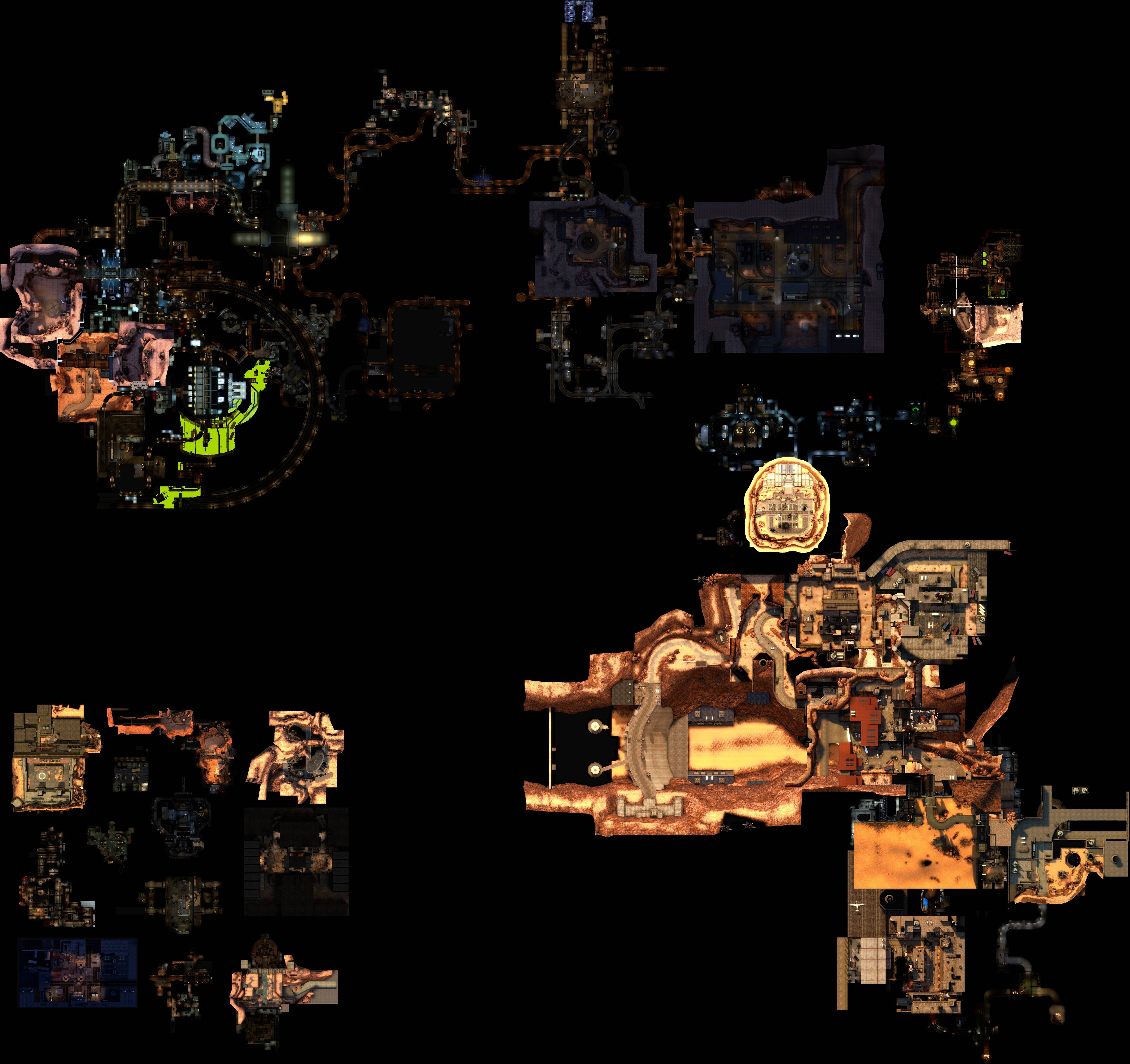 And, of course, a version without mods:
Overhead s

And overheads by chapter and map:

This will be super helpful for any number of things!

:love: [/size]
If it isnt too much to ask, I would like inbound in high def please. It has a special place in my heart.

:love: [/size]
If it isnt too much to ask, I would like inbound in high def please. It has a special place in my heart.

And that’s why I included individual map overheads plus chapter overheads. Here’s Inbound in as good of quality as I was able to manage: https://i.imgur.com/lqjxQHu.jpg

This is bloody awesome. Great work!

The comparison is really neat. You can really see where extra detail was added, and where certain out-of-sight things were culled for performance.

Through some serendipity, with how I was organizing all of these images on imgur, there’s a nice organization going on where everything is kept together. So, because it has some nice ease of access, the entire gallery is also located on my imgur:

Can’t wait to see the Xen ones

Thanks for providing the link to the whole shebang! Are these shots not shared with the imgur community? You should let others updoot it for ya.

I can’t imagine how long it must have taken to do this.
Looks amazing!

love the map. Also it is really cool how a few chapters actually have areas that are possible.

Can’t wait to see the Xen ones

+1 year delay on the Xen overheads

Thanks for providing the link to the whole shebang! Are these shots not shared with the imgur community? You should let others updoot it for ya.

You should let others updoot it for ya

You hurt your what?

I can’t imagine how long it must have taken to do this.
Looks amazing!

If it gives you an idea, I started work on the overhead maps on the 8th. So about 11 days of work went into making these overheads.

Loving all the maps! Thank you so much!

If enough people want it, I can put up dropbox links to the original HD png files that I worked with.

Is one person enough? Haha…

Also, wondering if there’s a version of “Overhead u” that doesn’t have the deathmatch inset?

Hey all, and @RK1 especially

I’m working with an art-student friend (as a passion project), on making an artistic topside rendition of Black Mesa. We’ve been going for a week now, gathering any and all resources we can manage as well as any artistic liberties previous renditions have undertaken - and to this, the PNG files for these amazing looking overviews, would be very highly appreciated.

I noticed it was requested previously by @NoriMori - and I’m not sure if you got a private reply, perhaps?

Regardless, your overviews are pretty top notch, compared to the quality we’ve been able to source as of yet.

I didn’t get any reply, no. Sorry! Hopefully @RK1 sees this!

Ah! Apologies. Actually, I’m not on the forums to much these days (although given Xen is now out, I’m here to fix some things and do some more work-eventually). But I did get an email notification for this topic. And I realized a good solution which I feel silly for not having realized a while ago.

Thanks a ton man!

Happy new years to you and yours - stay safe.

Fantastic, thank you! Much appreciated!

@Ferrius If you and your friend don’t mind, I’d love to see the rendition when it’s finished!